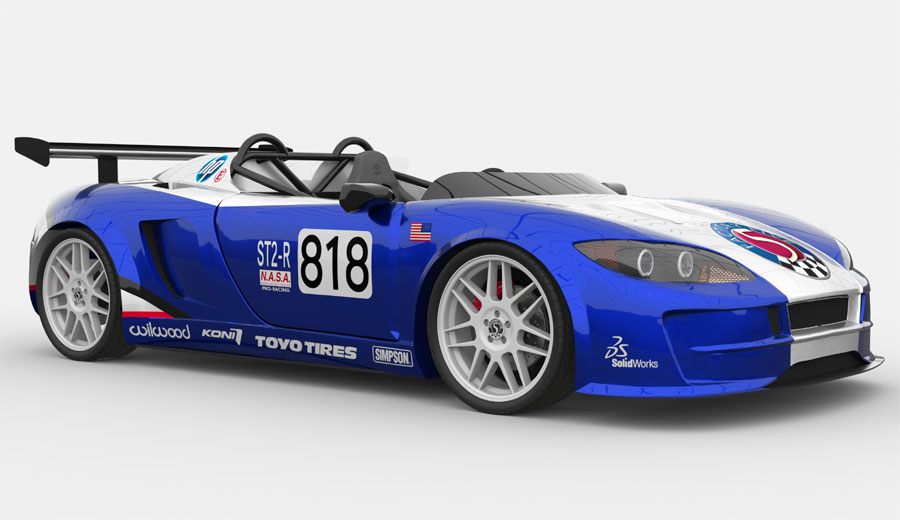 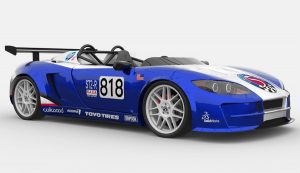 I’ve always been into kit cars and working on cars, since I was a kid. SO far the only major project I’ve done is rebuilding a 1952 Chevy Pick-up, which is pretty sweet but lacks serious speed. I’ve also always been into the AC Cobra, and there kits because the they are not half a million bucks. Factory Five no doubt makes one of the best kit Cobra replicas. A few years back Factory Five released the GTM, a rear engine super car powered by a 1997 – 2004 Corvette engine you build in your garage. I immediately fell in love with this car and it Ferrari beating potential,but it’s still expensive, about $20,000 for the kit plus engine and the time you spend working on it. Recently Factory Five has been developing the Project 818, a mid engine sports car for under $15,000, some assembly required. 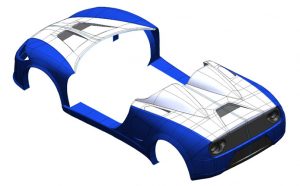 The Vehicle was designed with Solidworks CAD and incorporates the learning experience of factory five on the Track and road. At only 1800LBS and short wheel base, it should be nimble and have a great power to weight ratio using the turbo charged engine out of the Subaru WRX. A car with a huge after market tuning community. To build one I’m looking at just under $10,000, hopefully 3-4 grand for a rolled 2002 – 2007 Subaru WRX for parts and the engine, plus a couple thousand for miscellaneous parts, and a little bit of tuning and customization. I can’t let this unique ride be stock.

The kits are set to go into production in 2013.